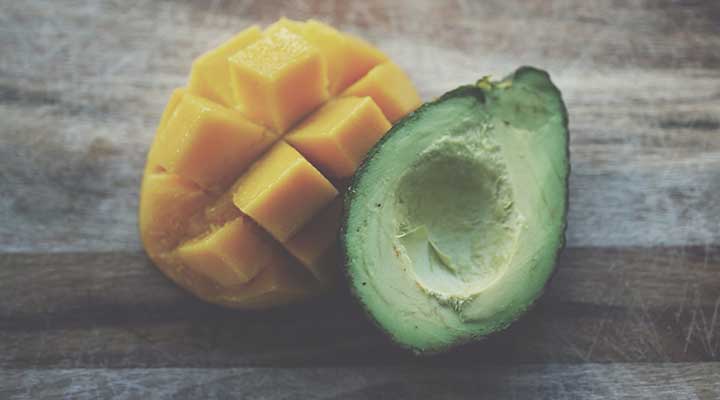 Food Cravings: why we have them, what to do about them!

It starts innocently enough. You’re heading in to the grocery store to pick up a few healthy items when suddenly you find yourself standing in front of the bakery case examining an assortment of frosted cupcakes. Where did it all go wrong? What unseen force directed and then planted your feet at this exact location within the store?

Food cravings. We all have them. They cause all of us at least some level of trouble. For some they are a significant impediment to eating the way we want to and having the level of health we desire. What are they exactly, and what can we do about them?

The anatomy of a craving

Let’s start by taking a look at what a craving actually is:

A craving is an internal sensation or feeling coupled with a strong urge to take a specific action.

If you pay attention while you are having a craving you will notice that it is rooted in a feeling or sensation within your body that seems to compel you to do something (like helping yourself to one more slice of aunt Jessica’s berry pie). It might be a warm and fuzzy feeling that promises to achieve blissful fulfillment when you act on its directive. It might be an unpleasant feeling that promises to be relieved by carrying out its instructions.

Cravings, which fit in to the broader category of urges, compulsions or drives, are rooted in the primitive centers of our brains. We tend to crave things that make us feel better. This works pretty well for animals in the wild because they are biologically adapted to things they crave and therefore  are supported by seeking them out.  For instance, a mountain goat that craves grass is not going to become obese or diabetic from eating it.

Cravings can cause us humans a lot of trouble because we have concentrated the very elements in foods that we tend to crave, such as sugar, starch, fats and salt and separated them from all the other elements they would naturally be combined with, such as vitamins, minerals and fiber. We have also made them available in virtually unlimited quantities.

Unlike many other thoughts and feelings that we have, the distinguishing feature of cravings is that they are motivating. They make us want to do something, sometimes with an intensity that is difficult to resist. Cravings connect a specific stimulus with a specific response (Remember Pavlov’s dog?).

With a food craving, that stimulus might be seeing, smelling or thinking about the food in question (which is why all those candy bars are sitting on racks at the check out section of the supermarket and why Cinnabon and Kentucky Fried Chicken actually pump the smell of their food into the air of the surrounding environment).

The stimulus might also be something not directly linked with the food, like the onset of a particular emotion or type of stress (which is why some people reach for a bag of cookies or a tub of ice cream every time they have an argument with their boyfriend or girlfriend). Finally, the stimulus might be a change in a specific physiological parameter, like sagging blood sugar or serotonin levels.

Often, we are not even particularly aware of the stimulus. We don’t consciously realize that we are smelling Cinnabon infused air as we head towards our gate at the airport, the idea pops into our head as if we’re having an original thought “gee, a cinnamon roll might be nice right now, oh look, there’s a Cinnabon!”. Then before we know it we’re at the tail end of an 800 calorie pastry high with our blood sugar spiraling out of control like a fighter plane on the losing side of a dog fight.

We tend to crave foods that make us feel better in some way, however . . .

The brain makes an association based on the short term response to the food.

If eating a tub of ice cream at night puts you in a state of dark chocolate, caramel swirl bliss for a little while, that fact is registered with far more motivational importance than the fact that you feel sluggish and congested the next morning (the conscious part of your brain makes the association, but the primitive brain centers that drive behavior do not). Furthermore, the fact that your weight is slowly going up over time, and with it your risk of heart disease and diabetes, is probably not registered by the primitive brain centers at all! This is modern life colliding with primitive survival mechanisms.

Why we crave the specific foods we do

We don’t crave specific foods because they taste better than other foods. We might enjoy them for that reason, but we crave them because they do something for us physiologically that the brain likes. We tend to develop cravings for foods that help us feel better or more balanced, however temporarily.

Unfortunately, the foods that can give us that quick, short term lift often have adverse consequences if we consume too much of them too often. Again, this is because the foods we crave tend to be foods that are highly concentrated and refined, such as refined carbohydrates, sugars, fats and salt.

Refined carbohydrates are the darling of the craving brain: cookies, crackers, chips, pastries, sweets, bread, sodas, etc. This is because consuming refined carbohydrates leads, among other things, to a short term surge in levels of serotonin, a neurotransmitter (brain chemical) strongly associated with a feeling of wellbeing. Low levels of serotonin result in depression, anxiety and the blahs.

The stress of modern life is rather hard on serotonin and I think we are probably suffering from a national serotonin deficiency (how many people do you know who are on an antidepressant, or just generally unhappy or dissatisfied?). Consuming carbohydrates and sugars brings the warm fuzzy feeling that the stressed out brain is looking for. The problem is that the serotonin surge that comes with eating carbs only lasts for about 20 minutes to an hour. As our serotonin levels drop, what do you think the brain wants to do about it? You’ve got it . . . eat more carbohydrates.

Stress and over consumption of carbohydrates often lead to reactive hypoglycemia, a condition in which the body cannot maintain balanced levels of glucose (sugar) within the blood. People with this condition often feel weak, fatigued, spacey, irritable and/or shaky within one to four hours of eating a meal.

Eating carbohydrates brings the quickest short term relief to these symptoms and so people with this condition usually crave them. Rising blood sugar levels bring a feeling of wellbeing, but only for a short time. This usually results in a return of the craving before too long. Continued consumption of carbs leads to further episodes of hypoglycemia and to a vicious cycle in which the blood sugar, our mood and our energy are on a roller coaster of exacerbation and relief throughout the day.

The way mother used to make it

Most of us tend to have some level of craving for foods associated with pleasant and nurturing times in our lives, often from our childhood. The world is stressful and eating comfort foods helps to soothe us emotionally. Environmental triggers, such as specific foods, can stimulate “state changes” within the brain. In other words, to a degree the brain will alter its chemical balance and function to mimic the state historically associated with consumption of the food. This is largely why comfort foods comfort us. They not only bring back pleasant memories, they elicit pleasant neurochemical states.

The more stressed we are, the more we tend to crave comfort foods because they can have powerful effects on mood and wellbeing. If you grew up eating salmon and salad, that’s great, but if you grew up eating fried chicken and mashed potatoes you may be causing yourself some problems if you are seeking out those foods too frequently.

There are certainly other factors involved in why we crave the foods we do, but to go into them would take far too much time. The ones listed above are probably the most common. The bottom line is that we crave the foods that “work” for us, that make us feel more the way we want to feel, or that did so at one time.

Food cravings can be seen as a primitive attempt by the brain to balance itself. Unfortunately sometimes primitive drives functioning in the modern world don’t produce the desired outcome very well. In fact, for the most part if we eat too much of the foods we crave over time we tend to get worse.

I can say that for the most part will power is not the solution. There are very few of us who can withstand the pull of a craving if it gets strong enough, certainly not in the long run. Beating ourselves up about eating foods that we know we shouldn’t is also not the solution. A much more effective, satisfying and loving solution is to determine what the brain is needing and working to achieve it in a healthy, sustainable way.

Cravings occur because we are out of balance in some way. Restoring balance can greatly diminish or eliminate cravings altogether.

I have had many patients tell me that their cravings for bread, chocolate, salt and other foods disappeared after balancing their blood sugar, addressing stressful situations in their lives or resolving other issues that were keeping their bodies out of balance. Sometimes what is needed is a diet change, sometimes we need to address something in our lives. Sometimes we need nutritional, herbal, or homeopathic support.

Over the years I have worked with many patients with many types of neurochemical imbalances and I can say that I am consistently impressed with just how powerful natural medicine can be in supporting balanced brain function, often when conventional therapies haven’t been working that well.

Addressing the specific imbalances that are leading to food cravings brings a sense of wellbeing and a brain that is in a state of wellbeing doesn’t crave. It already has what it’s looking for.

Your Body’s Talking, Are You Listening?

Farmers Markets: Good for Health and Happiness
Next Post:It’s Not All In Your Head!