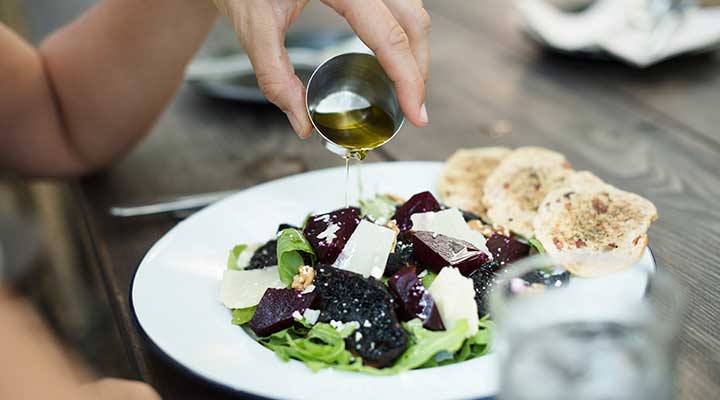 Does Fish Oil Cause Prostate Cancer?

Articles and news reports have been popping up in the last few weeks suggesting that fish oil, one of the most trusted and respected nutritional supplements, may actually cause or contribute to prostate cancer. Is this true?

This flurry of reporting is based on a single scientific study that was released on July 10th. The authors (Brasky et al.) of the study measured the  levels of certain fatty acids (the building blocks of fats) in the blood of a group of men with prostate cancer and another group of men who did not have prostate cancer. They then compared the levels of specific types of fatty acids in the two groups of men.

Fish oils and omega-3 fatty acids have largely been considered to be protective against cancer. The growth of many types of cancer is stimulated in the presence of inflammation and anti-inflammatory substances should exert a protective effect. In addition, certain omega-3 fatty acids have been shown to inhibit cancer growth and survival through a number of specific mechanisms, including the inhibition of cancer growth signals, increasing the levels of tumor suppressor compounds, promoting apoptosis (cell suicide) in cancer cells and suppressing the development of blood vessels within tumors (which are necessary for tumors to grow larger than the size of a grain of rice).

What the Research Says

Given the evidence supporting the anti-cancer and health promoting effects of fish oils, the results of this latest study are a bit perplexing. To put these results in context I did a did a search of the NIH’s national database of medical research literature to see what I could find on the relationship between prostate cancer and fish oil/omega-3 fatty acids.
I found 13 research studies that looked at the relationship of omega-3 fatty acids, fish oil and prostate cancer. This recent study is included in that group.

While I was looking at these studies I noticed something very interesting. Whether or not omega-3 fatty acids were associated with increased or decreased rates of prostate cancer had a lot to do with how the researchers collected their information.

So how de we make sense of this?

If you go by studies that tracked dietary intake the evidence leans heavily in the direction that consuming omega-3 fatty acids as food (primarily cold water fish) or supplements is very protective against prostate cancer. Indeed, one such study followed over 6,000 swedish men for 30 years and found that men who ate no fish had two to three times the rate of prostate cancer than men who ate moderate to high amounts (fish taken from the icy northern seas are very high in omega-3 fatty acids).

The reason for this discrepancy between study types is not clear and none of the studies that I read even made a note of it. To understand what might be going on here there are a few points that I think are important to consider.

To begin with, blood levels of fatty acids do not necessarily reflect levels of consumption, or tissue levels, for that matter. They are a reflection of a variety of metabolic or disease processes. For example, the triglyceride values on your cholesterol panel represent the fat floating around in the blood. Triglyceride levels can be high in thin people eating relatively low fat diets and they can be low in overweight people eating relatively high fat diets. Similarly, the balance of different types of fatty acids can be affected by a number of factors unrelated to dietary intake. Low fat diets, for example, have actually been shown to result in higher levels of omega-3 fats than high fat diets and some nutritional deficiencies can result in lower levels of certain omega-3 fats.

Secondly, omega-3 fatty acids in the body are found primarily in the outer membranes of our cells. They are released into the circulation and converted into various sub-types of omega-3 fatty acids based on specific metabolic needs. Because prostate cancer is inflammatory, and because omega-3 fatty acids demonstrate many anti-cancer effects, it is certainly reasonable to consider the possibility that the higher levels of omega-3’s found in some of the blood level studies actually reflect the body’s attempt to fight the cancer.

Dr. Braksy, the lead author of the recent study, and his team failed to consider this possibility in their study. In fact, they failed to consider any other possibility than ascribing a causal relationship to omega-3 fatty acids with regards to prostate cancer. In their summary they wrote “The consistency of these findings suggests that these fatty acids are involved in prostate tumorigenesis”. The “consistency of these findings” they are referring to is the results of three out of eleven human trails, the majority of which found a protective effect from omega-3 fatty acids.

All that the Brasky study really demonstrated was that men in their test group who had prostate cancer also had higher levels of omega-3 fatty acids in their blood. It did not demonstrate how or why those higher levels of fatty acids were present. Their conclusions certainly don’t reflect the larger picture painted by all the studies that have been done.

Sadly, as a result of this study and the reporting on it, many doctors will be advising their male patients to reduce or stop fish oil supplements. Many others who simply read or saw news reports will cut back their intake of fish and fish oil supplements out of fear.

An article about the study on nbcnews.com stated “It might be a sign that popping a pill is not only possibly a waste of money – it might be downright dangerous. And eating fish too often might be, also.” It is sad that some of our major news outlets are producing reporting that is so uninformed and blatantly misleading. Honestly, it only took me a few hours to locate all the relevant research and digest what it was saying. I would hope that a professional reporter for a major news organization might do the same.

Personally, after reviewing the research I am more convinced than ever of the benefits of fish oil and omega-3 fatty acids in reducing the risk of prostate and other cancers. The fact that we don’t yet understand why omega-3 levels are high in some men with prostate cancer does not diminish the very solid evidence that dietary intake of omega-3 fatty acids is protective against prostate cancer as well as having many other health benefits.

I would also like to humbly submit to anyone who was frightened by the news reporting on this study to please take all media coverage of health related topics with a grain of salt.

Finally, if you know anyone who you think would benefit from this article, please feel free to share it with them and if you would like a list of the research articles that I based my findings on please let me know.