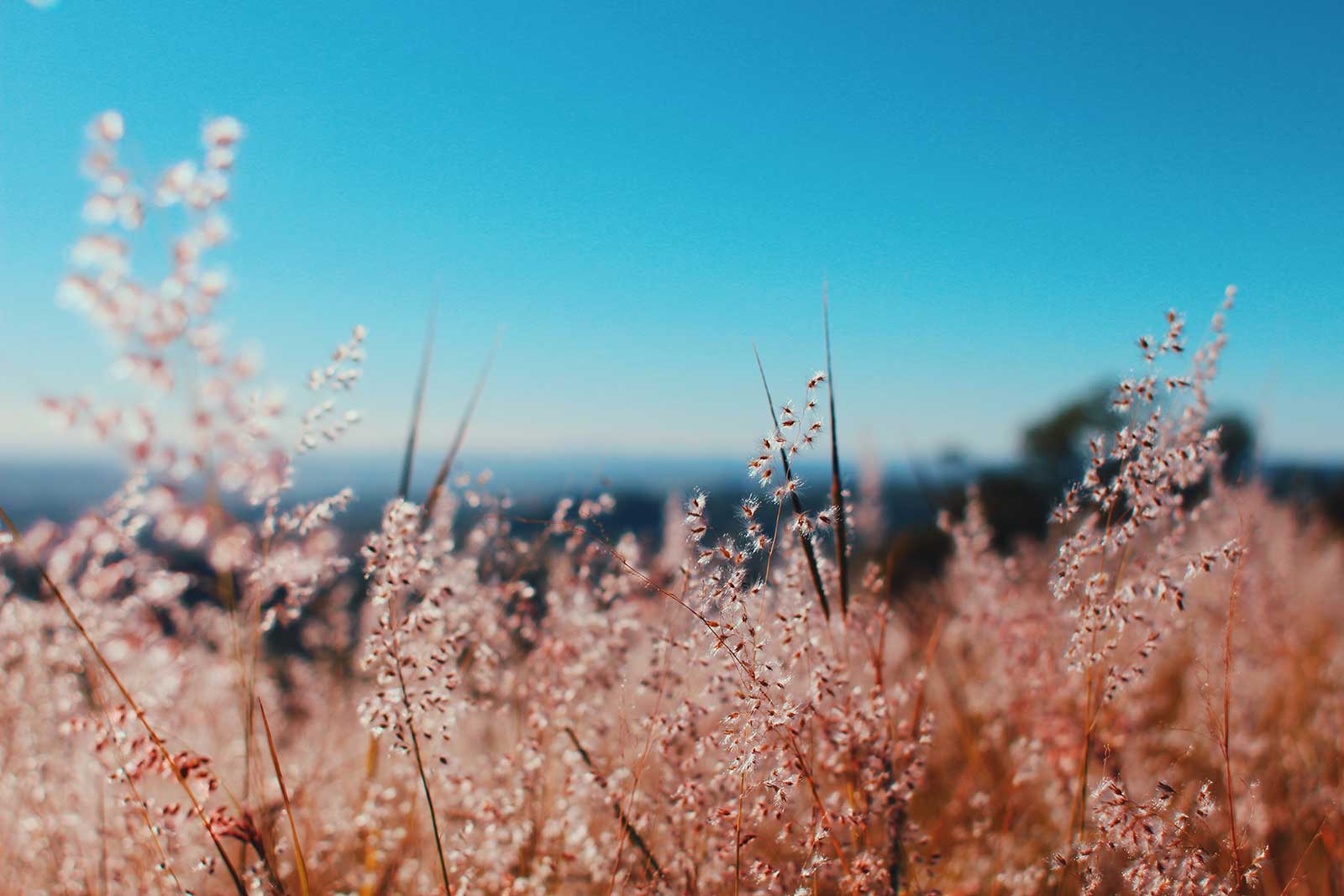 What’s the Deal with Wheat?

Wheat. It’s almost synonymous with western civilization. For centuries it was called the “staff of life”. We even refer to eating a meal as “breaking bread” . Indeed, bread was the food consumed by Christ and his apostles at the last supper (and we assume that loaf of bread was made from wheat). How has this grain, long held as a venerated staple of civilization, become a gastronomic pariah that more and more people are taking great pains to avoid? Furthermore, is avoidance of wheat and it’s well known constituent gluten really necessary, or are we witnessing just another dietary fad?

Simply put, no. We are not just witnessing another dietary fad (although gluten free bakeries are probably making a handsome profit these days). Wheat and some of its constituents, such as gluten (a type of protein in wheat), really do cause an unusual number of health problems.

Symptoms and health conditions that we have seen improve or resolve in our clinic with the elimination of wheat include:

There is no other single food that accounts for such an extensive and varied set of adverse effects in the body!

For a long time the only health condition believed to be caused by wheat was celiac disease, a genetic condition in which the lining of the gut is damaged by the protein gliadin (a sub-unit of gluten). Scientists now recognize that gluten in general can have other adverse effects on the gut besides celiac disease and have coined the term “gluten associated enteropathy”. This term essentially means “gluten associated gut damage”. It does not identify a specific disease but a recognition of a broader range of adverse effects that can be caused by gluten. Research has also been done on the association of gluten to eczema and psoriasis, but many of the other effects that we and other alternative health practitioners see are as yet unrecognized by conventional medicine.

Wheat is like the favored son, loved by all, a respected member of the community, who suddenly joins a gang one day and starts swearing at his elders and spray painting graffiti all over town. “What happened to that Wheat boy? He used to be such a nice kid!”.  Just  how did the staff of life become a health menace?

This is a question that Dr. Greta and I have been asking for years. “Why is this particular food such a problem? Has it always been problematic and if so, how did it ever become such a central part of our diet? I found some interesting answers to some of our questions in a book called “Wheat Belly” by William Davis, MD (An enjoyable and interesting read, by the way). Amidst his description of all the problems that wheat can cause, he gives an enlightening history of wheat.

The wheat we consume today is drastically different from the wheat that our ancestors, even our grandparents ate.  Einkorn wheat, the first wheat cultivated, has only 14 chromosomes (those little packets of genetic information that determine, among other things, the specific constituents that will make up the final organism). The wheat that we consume today has 42 chromosomes and is, therefore, much more genetically and chemically complex.

What’s more, the wheat we eat today has been extensively manipulated through selective breeding in order to achieve such qualities as increased productivity, shorter time to maturity, easier harvesting and improved leavening. While these are all notable goals, consideration has never been given to the possibility that repeated genetic alteration of a foundational staple of our global diet might introduce or increase the levels of constituents with adverse health effects. (Wheat represents about 20% of all calories consumed worldwide). Indeed, no safety testing has ever been done on genetically manipulated wheat.

Incidentally, the terms genetically modified organism (GMO), or genetically modified (GM), refers to transgenic organisms or the process of altering a plant or animal’s genetic code through gene splicing, often with genes of an entirely different species. Although GM wheat has been developed, it is not currently on the market due to strong consumer resistance. Corn, soy and cotton are the primary crops currently employing GM seeds.

Modern wheat contains significantly higher levels and more complex forms of gluten than it’s ancestors did. It contains unique proteins that didn’t exist in it even 100 years ago. It contains the form of gliadin which causes celiac disease in susceptible people. (By contrast, several studies of ancient strains of wheat, such as einkorn, while containing a form of gliadin, showed no evidence of causing reactions that would lead to celiac disease).

In addition to celiac disease, modern wheat also causes a broader range of adverse effects to the gastrointestinal system referred to as gluten associated enteropathy. It has one of the highest glycemic indexes of any food (it raises blood sugar more dramatically). It also contains opiate-like compounds called exorphins that actually activate the same brain receptors as morphine and heroine and tend to keep people coming back for more (hence the title of Dr. Davis’ book “Wheat Belly”).

Many of the adverse effects of wheat and gluten containing grains (wheat, barley, rye, spelt, kamut, and gluten contaminated oats) probably come from gluten’s effects on the intestinal tract, which increase the risk of malabsorption, malnutrition, systemic inflammation, allergies and autoimmune conditions. But other properties, such as it’s high glycemic index and it’s exorphins are also quite problematic.

In addition, we have patients who test negative for a gluten or gliadin sensitivity, but still test positive for a reaction to whole wheat, suggesting that there are other, as yet unidentified constituents in wheat that some people’s immune systems react to.

So, does everyone need to stop eating wheat?

OK, I knew you were going to ask that. My honest answer is:

Many people certainly do have adverse health effects from consuming wheat on a regular basis. It is not clear, however, if wheat causes adverse effects in everyone. If you have any of the health conditions mentioned above, or any chronic digestive system problem, I would suggest talking with a knowledgeable health care practitioner about a possible wheat or gluten connection.

If you notice any adverse effect on your health that seems to occur when you eat wheat (hard to figure out if you are eating wheat every day), I would consider a trial elimination of wheat (including foods with even trace amounts – like soy sauce) for at least 3 weeks. (If you are filled with anxiety at the thought of eliminating wheat, remember, it’s probably the exorphins talking). If your symptoms improve in that time, chances are that wheat is playing a part. If you notice no difference in your symptoms, then wheat may not be involved. If you try this, it is critical that you don’t cheat and that you make sure no wheat is slipping in to your meals when you eat out or at friends’ houses (Beer contains gluten and many distilled liquors are made from wheat).

If you are generally healthy, not overweight, and show no adverse effects from wheat consumption there is a reasonable chance that you are OK. I say “a reasonable chance” because many patients with celiac disease actually have no overt symptoms, so an absence of symptoms does not necessarily put wheat in the clear. We simply don’t know the full extent, or the limits to which wheat affects the people who eat it.

Now, if you know, or are suspecting, that wheat might be a problem for you, you may be thinking:

But it’s hard to give up wheat!

At the very least it is inconvenient.

We live in a world awash in wheat: breads, pastas, wheat tortillas, pizza, cookies, pastries, crackers, cereals, many sauces, many packaged and prepared foods . . . and the list goes on and on.

Wheat is everywhere. And what’s more, it contains those opiate-like exorphins that make us like it more and want it more.

It’s hard to get away from wheat. It’s hard to go to a social function where wheat isn’t a significant portion of what’s being served. It’s hard to resist the donuts and bagels in the break room at work, or those delicious looking baked goods in the cold case at Starbucks that you have to walk past as you go to order your latté.

It’s even harder for parents to take wheat away from their children.

I once had a 4 year old patient with severe and persistent eczema. Her parents had tried all the conventional treatments without success. I convinced them to eliminate wheat from her diet and her eczema got dramatically better in one month. At the follow up visit, the parents told me they recognized that she was much better but that they weren’t going to continue with treatment because they couldn’t stand the idea of their daughter not being able to have wheat. The little girl, by the way, hadn’t been complaining about not having wheat, but many kids will cause a ruckus if you take wheat away from them.

Thankfully, there are now many gluten free resources.

Health food stores have a dizzying number of gluten free baked goods, from english muffins to donuts (I kid you not). Of course most of these are nutritional garbage, just like their gluten containing counterparts. But, they are there if you need them. If you have a bread maker there are some excellent and healthful gluten free bread recipes (talk to Dr. Greta or myself), and rice pasta is virtually indistinguishable from wheat pasta.

Restaurants have also jumped on the gluten free bandwagon. In our area we have several restaurants that serve gluten free pizza that your kids will like: Z Pizza and BJ’s Restaurant (there are probably more) and  urbanspoon.com  has a whole list of gluten free friendly restaurants in our area (I haven’t scrutinized them).

If you’re amongst the truly adventurous, the ancient strain of einkorn wheat is still grown in a few places and can be purchased for home use. Here’s one source: The Heritage Grain Conservancy

Our world has changed dramatically in the last two centuries. The foods we eat have changed with it and wheat is a part of that. Although many positive developments have come with progress, we’ve seen the meteoric rise of whole classes of illness that were rare before. Our cultural and scientific understanding of the causes of many of these illnesses is only now beginning to emerge. I think the change of wheat from “staff of life” to “frequent damager of health” is a part of that. Uncomfortable maybe, inconvenient, certainly, even a little sad, but nonetheless true. If we want to be healthy, we have to pay attention to these things.

By the way, I’m curious:

Do you believe that wheat has affected your health? If so, please take a few moments to share your story with other readers in the “Leave a Comment” box below. I’ll be very interested to read what you have to say and I’m sure others will too. Thanks.

How To Get Well
Next Post:The Food Fight of the Decade: Vegan vs. Paleo