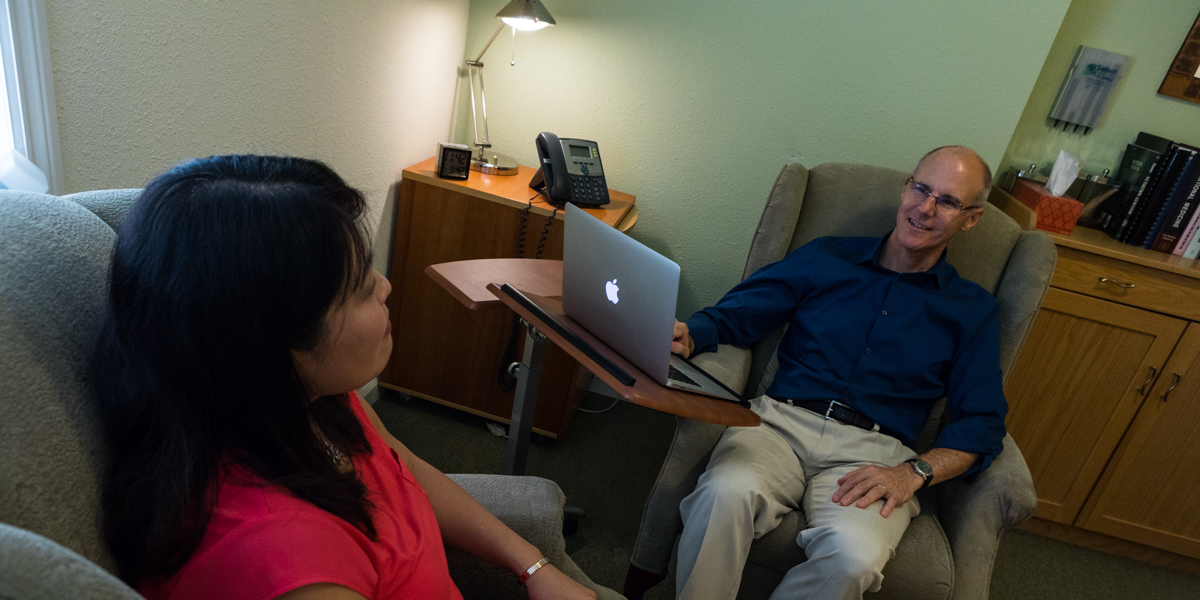 I was raised in San Francisco and spent my summers as a child at my grandparents’ cabin on the St. Croix river in Minnesota. I was always intrigued and fascinated by  nature. So much so that my mother became a volunteer docent at the California Academy of Sciences in Golden Gate Park because, she said, I was continually asking questions that she couldn’t answer. The Academy became my playground and I spent many hours surrounded by Pacific white sided dolphins, manatees, and dioramas of the African rain forest and Serengeti. I was amazed at the stories told by the aquarium staff about the surprising intelligence and creativity of the resident octopus who regularly found ingenious ways of escaping his tank only to be found enjoying a dinner of the occupants of other tanks in the aquarium!

My first career was in carpentry and construction because I also loved working with my hands and building things, but after a number of years of this I realized that I needed to move on. I was tired of spending so much of my time working with “inanimate objects” and wanted instead to work with people. As I contemplated my career options, I realized that I was already investing much of my free time exploring and experimenting with such things as diet, nutrition and alternative therapies. Through the study and practice of yoga and meditation I also became very intrigued by the relationship between the mind, the body and health. The focus of my fascination with nature had moved from the outer environment to the “inner environment”.

Through a series of events I discovered naturopathic medicine and realized that this is what I wanted to do. In 2002 I graduated from Southwest College of Naturopathic Medicine in Tempe, Arizona where I also completed my residency, and met my wife, Greta.

My practice is centered in the conviction that our bodies have the innate intelligence to recover health and that my job as a naturopathic doctor is to assist and facilitate that natural process. I see patients as people and not as a “diagnosis” and try to understand and address everything that is interfering with their full recovery.

I have a special love for working with patients who have health challenges that affect their mental and emotional wellbeing. In over 15 years of clinical practice I have been repeatedly struck by the degree to which modern life places stress on both body and mind. Naturopathic medicine can be a powerful tool in restoring not only physical health but our capacity for serenity, happiness and self confidence as well.