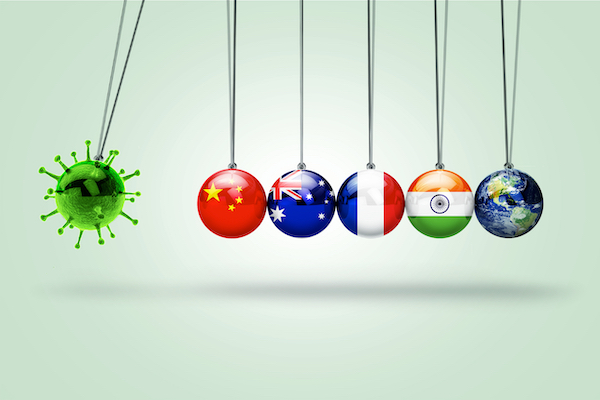 The Coronavirus: What You Can Do

As of Sunday March 1st, there were 12 confirmed cases of coronavirus (officially designated as COVID-19) in California, including one case in Sacramento county and four cases in Santa Clara county. There has also been one confirmed case in Oregon and four in the Seattle area. It is widely accepted by public health experts that the virus will continue to spread in California and the United States, although to what degree no one can say.

In this post I would like to try to address two questions: how concerned should we be and what can we do to protect ourselves?

The current strain of coronavirus acts much like a flu virus, although it is in a different family of viruses. It is transmitted through respiratory droplets (coughing and sneezing) and possibly by contacting infected surfaces (door knobs, countertops, etc.). It is now thought that transmission requires fairly close contact with an infected person (perhaps 6 feet or less). The primary symptoms are fever, dry cough and shortness of breath, although other symptoms, such as muscle aches, nausea and vomiting have also been reported. As with most epidemics, the greatest concern about this virus is not the discomfort of the infection itself but its mortality rate.

The World Health Organization (WHO) reported that in Wuhan, China, where the virus first emerged, initial death rates were estimated to be 2 to 4%. However, as the virus spread to other parts of China the death rate has dropped to 0.7%. The reason for this difference is likely due to more accurate identification of non-serious cases by public health officials and a faster and more organized response by the medical profession once they understood what they were dealing with. It is impossible to know what the actual mortality rate will be until the epidemic has run its course but it will likely be closer to the 0.7% figure. On January 19th, the WHO reported that there were 924 confirmed cases outside of China, scattered over 25 countries. Of those, only three people had died. While this data is very preliminary and represents a very small sample, it again suggests that mortality rates may end up being much lower than original estimates.

The vast majority of deaths appear to be in the elderly and in adults with serious pre-existing health conditions. In short, those at greatest risk appear to be those with severely compromised immunity. 80% of those who contract the virus have relatively mild symptoms, similar to those we might experience with the flu. The time from infection to the appearance of symptoms can be anywhere from three to 24 days and, while I haven’t been able to find reliable information on how long symptoms tend to last, I have seen some suggestions that the duration of active symptoms may be one to three weeks. It is clear now that infected individuals can transmit the virus prior to developing symptoms themselves. For this reason, it is important to adopt protective measures even when not around people who are showing symptoms.

Steps you can take to prevent infection

At the moment there are very few cases of coronavirus in California, however, that could change fairly rapidly. Here are some measures you can take to avoid exposure if infection becomes more widespread:

The current strain of coronavirus has shown that those with compromised immunity are at the greatest risk. The best defense then, is to optimize your immunity. Here are some steps you can take:

If you get sick

If you develop a fever and cough, notify your health care provider immediately and limit your exposure to others. There are currently no recognized conventional medications for the coronavirus, however, your conventional provider may prescribe certain medications depending on your circumstances.

If you are a patient of Four Rivers Clinic, let us know that you have become infected. We can recommend natural treatments specific to your circumstances. In addition, there are a number of herbs that have shown effectiveness against previous strains of coronavirus that will likely be helpful against the current strain. We will dispense these to our patients as needed.

The emergence of new diseases can be scary. Particularly because they are often portrayed in scary ways by the media. As I was wrapping up this post I happened to speak to a friend who said “I hear that if you get it you’re pretty much going to die”. Nothing could be further from the truth. The current strain of coronavirus that is spreading around the globe is actually far less lethal than previous epidemic strains, such as SARS. It is, however, quite infectious, meaning that it is spreading rather quickly. This is partly related to the properties of the virus itself and partly related to the sheer number of people alive today and the freedom and frequency with which we travel around the globe.

This virus does not appear to pose a serious threat to those who are relatively healthy. The elderly and those w/ serious illnesses should take every reasonable precaution until the epidemic passes, which it eventually will. The good news is that we now understand enough about the virus that we can take appropriate measures to limit our chances of exposure as well as proactive measures to enhance our body’s ability to fight it off, should we become infected.

Update – March 2, 2020: Things are moving quickly with this epidemic/pandemic. Less than 24 hours after I finished writing this post, the Economist, a well respected news magazine, reported: “Hubei province, the origin of the epidemic, has a population of 59m. It has seen more than 65,000 cases and a fatality rate of 2.9%. By contrast, the rest of China, which contains 1.3bn people, has suffered fewer than 13,000 cases with a fatality rate of just 0.4%.” This again suggests significantly lower mortality rates than initially reported, which is good news. It also suggests that increased efforts by the Chinese health care system have had an effect in reducing the impact of the epidemic, which is also good news. This does not, however, mean that we can afford to be complacent. This is a quickly spreading virus and it is quite possible that it will infect a large percentage of our population. We encourage everybody to begin taking reasonable precautions now, including steps to improve your immune function.

Allergy season is here
Next Post: The Coronavirus: What You Should Know